It’s difficult to make crime pay (as a writer that is!). Even though it’s a big market, there’s plenty of competition. For a long time there have been two approaches to crime novels – write from the perspective of the victims and/or the detective (private, amateur, or police), or write from the perspective of the perpetrator (who almost never gets away in anglo-saxon literature, but often does in European novels). There is also a third way – as Tony Blair would put it – which has seen an increase in popularity in recent years, to the point of spilling over into other genres like science fiction: the anti-hero who is living and working on the wrong side of the law/morality in order to deal with perps who have evaded the legal process. One could argue that this goes back to the earliest days of literature (Achilles, Odysseus, Agamemnon, Ajax, Gilgamesh, all spring to mind), but that might be stretching the point! That aside, the popularity of the vigilante, with or without plausible deniability, is on the rise – perhaps it’s a reflection of the insecurity and indignation people feel whenever they turn on the evening news. END_OF_DOCUMENT_TOKEN_TO_BE_REPLACED

Crypto da Vinci was nominated for the Global eBook Awards (as I mentioned at the time).  The judging phase is about to start and it would be very helpful if Crypto da Vinci had some votes from enthusiastic readers

So, if you’ve read Crypto da Vinci and enjoyed it, please nip over to the awards website and make your vote count.  It won’t take long.  Thank you.

Amazon have just launched a German Kindle store on the amazon.de website, enabling customers in Germany to buy Kindles and Kindle editions of eBooks locally. Library of the Soul and Crypto da Vinci are included in the English Books section.

Crypto da Vinci has been nominated for the Global eBook Awards.  Click the sticker above for more details.

Following a suggestion on an Amazon discussion thread by Alison Buck, who created the cover and the amazing illustrations for Crypto da Vinci, I will donate all my royalties from sales of either of my books on the UK kindle store on Thursday 17th March, Friday 18th March (RED NOSE DAY), Saturday 19th March, Sunday 20th March.

If you’ve been thinking about buying a copy of either (or both?) now is a good time to do so and support Comic Relief in the process.  Here are links to make it even easier for you

I’m appealing to my readers [actually that is probably not true given that I’m far too ugly to appeal to anyone - my wife aside, thank goodness, who nonetheless assures me that both her eyesight and mental faculties are intact]. So, to rephrase, I would like to appeal to my readers – there must be some out there because otherwise my publisher wouldn’t pay me royalties! Hopefully you’ve all enjoyed my books and are looking forward to more

Both my already-published books are now available in electronic editions, including on the Amazon Kindle Store which is far and away the leading retailer of eBooks. However, I am assured that it is essential to have customer reviews and tags on the books’ pages on Amazon. Sadly, my readers are stunned into silence.
So here’s the appeal: if you have read either Library of the Soul or Crypto da Vinci and enjoyed it enough to recommend it to a friend or relative, please take five minutes to write a customer review on Amazon to recommend it to strangers! If you don’t want to write a review (not everyone wants to stick their head above the parapet) then please at least add some tags to the kindle pages of whichever book you’ve read (or both?) – it only takes a few seconds.

Res Gestae Divi Augusti (or RGDA) can be translated as “The Deeds of the Deified Augustus”.  It was written by the Roman Emperor Augustus at the end of his life, as an account of his achievements, to be displayed as a monumental inscription outside his mausoleum and elsewhere around the Empire.  Too long for an epitaph and too short to be considered an autobiography, it could perhaps be seen as the forerunner of the modern blog consisting, as it does, of 36 consecutive posts, some of which had been drafted and edited over time as events happened and circumstances (and his name) changed. Covering his achievements from raising an army at the age of nineteen (while still Octavian) to exact revenge for the assassination of his adoptive father Julius Caesar, through the triumvirate with Mark Antony and Marcus Lepidus, the establishment of the Roman Empire, the Senatorial award of the title Augustus and the gift of the Pax Romana to the world.  Covering his military, political and societal achievements, his generosity and the accolades lavished on him by the Senate and people, it was a skillfully crafted exercise in ensuring how he would be viewed by posterity (but calling it propaganda may be going too far?). END_OF_DOCUMENT_TOKEN_TO_BE_REPLACED

Crypto da Vinci has now been published as an eBook, just in time for the end of Read an eBook Week! It is now available on Kindle and is now live on Kobo as well.

It’s Read an eBook Week at the moment. 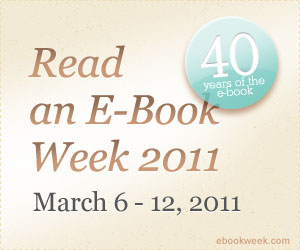 So if you’re looking for inspiration for an eBook to read and you haven’t already read Library of the Soul (why not?) now would be a good opportunity

It’s on sale for a very reasonable price in both the Amazon Kindle store and Kobobooks.

Posted in Aside | Tagged ebook, kindle, kobo, Library of the Soul, read an ebook week | Comments Off

When my first novel (Library of the Soul) was originally published it came out in paperback in the UK and I licensed the first worldwide rights to my publisher (Alnpete Press) – which meant they could sell it in any country; but in practice, being in English, the bibliographic data services tend to result in exposure being limited to the Anglosphere. Although Alnpete Press were happy to dispatch copies anywhere, the additional cost of post and packing (and insurance) made it very expensive for customers beyond the EU. They therefore also supplied Amazon who, of course, have a network of retail sites in various countries and are geared up for international delivery. That seemed a good solution and I was happy to sit back and see copies of my lovingly crafted masterpiece winging their way around the world. END_OF_DOCUMENT_TOKEN_TO_BE_REPLACED