Simon Buck has been a consultant for many years to blue chip companies including banks, retailers and telecom service providers. He has been widely published in the fields of internet security, electronic commerce and data communications.

Frustrated with the lack of opportunity for whimsy and creativity in his technical writing, Simon has been producing fiction for some time. His first published fictional works were the Peter White mysteries, but apparently there is more to come.  Naturally shy and retiring, he finds it strange to be writing about himself in the third person; he does, however, see a personal blog as a great opportunity to open his mouth and put his foot in it – more so than by contributing to his publisher’s blog!  You have been warned.

Born and brought up in Kent by an Italian mother and English father, he still lives in a village in the Garden of England and has a wife, two grown children and an Apple Macintosh habit to support. His interests include eating, technology, and problem solving. 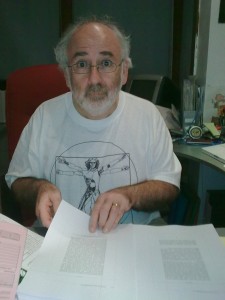